A short post with some thoughts on how writing Go code has helped me learn to stop worrying and love auto-formatting tools.

Go code is terse. Not Python-terse, but terse. And unlike Java, you don't find yourself constantly resorting to the security blanket of objects - something that Python (mercifully) can go either way on.

I used Java when I taught computer science at South Seattle College, and remember telling students once that one day, students taking CSC 142/143 would be using Go instead of Java. These days, I'm not as certain of that, but given that Go's strengths are asynchronous programming (critical for taking advantage of multicore hardware) and tasks suited for the web, it isn't hard to imagine a "Go 2.0" that becomes a de-facto standard in school curricula.

Something else I like about Go is the way there is a toolchain that adheres to the Unix tooling philosophy: do one thing and do it well. Take gofmt as an example - this is a tool that autoformats Go code to conform to the Go standard spec. gofmt is a simple tool that does just one thing. This tool can be connected to various text editors with hooks, a la vimgo.

gofmt has taught me the value, and convenience, of embracing the norms and standards set by a language's community. Go recommends using tabs, for example, which early on I found a bit repulsive. Before I had vimgo set up, I was stubbornly using spaces instead of tabs in my Go code.

But then I set up vimgo so that, every time I saved a buffer containing Go code, it would run gofmt on the code, replacing all of the nitpicky details (like how many spaces between parentheses and variables, or wether == should be surrounded be spaces) and it just makes an executive decision.

Sure, it uses tabs instead of spaces, but once you start to work on code and save it and you see all of these details just handled, you quickly learn not to worry about it.

And the surprising thing, to me, was just how much overhead I was spending on those things. It adds up.

The gofmt executive decision strategy is similar to black, "The uncompromising Python code formatter," whose slogan is "Any color you like, as long as it's black."

While I really like black and would love to let it handle all of my Python code the way gofmt handles all of my Go code, the unfortunate reality is that Python, unlike Go, does not have an official standard, and if you automatically apply black formatting to all Python code, you can quickly wreak havoc on version-controlled code. You have to tread more lightly with black. I apply black more selectively by only applying it to .py files that are in specific project subdirectories.)

It's in the Go Brand Book. Prior to discovering this (the link was dropped in an unrelated discussion on the gonuts mailing list), I had no idea waht a brand book was. Turns out, this is very much a thing in marketing. Companies, projects, and organizations all have brand books that lay out the details of their marketing designs, branding, looks, everything down to the fonts and colors.

The Go brand book is short, but it does specify an official color for Golang: #00ADD8. It also covers critical details about how to depict the Go gopher, including the physics of gopher belly folds: 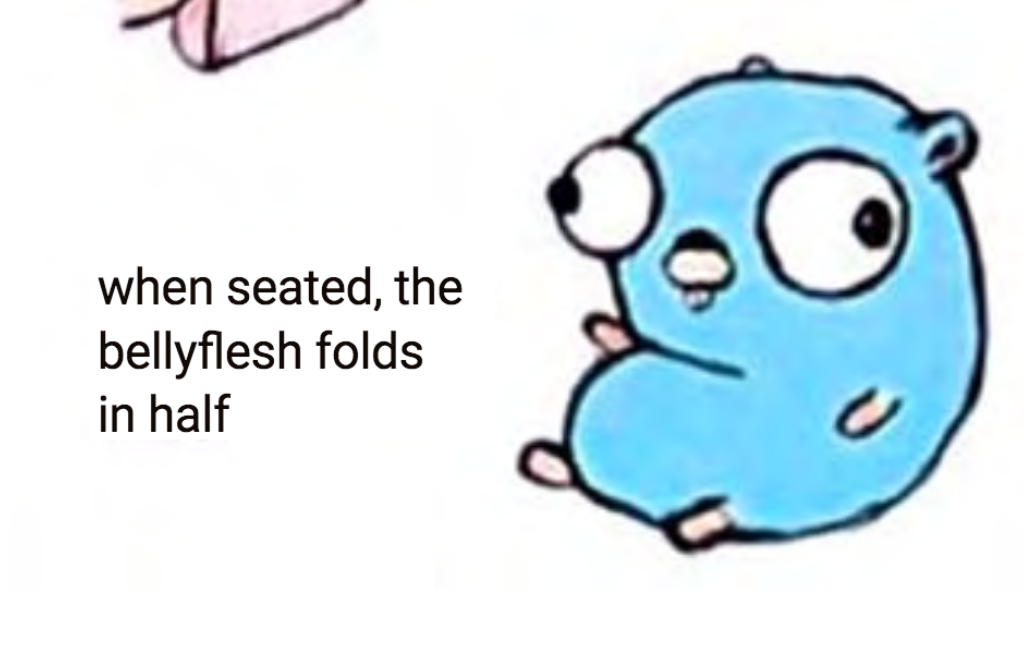 There are some other branding books - the Coca Cola brand book. is simultaneously fascinating and terrible, in a late stage capitalism kind of way.

At any rate, at least the Go brand book is about something useful, and contains silly things like gophers. 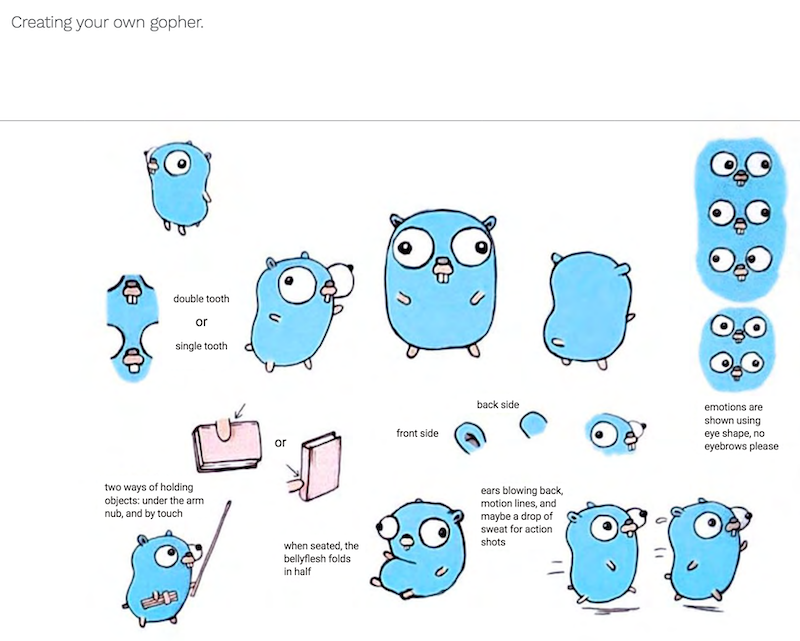